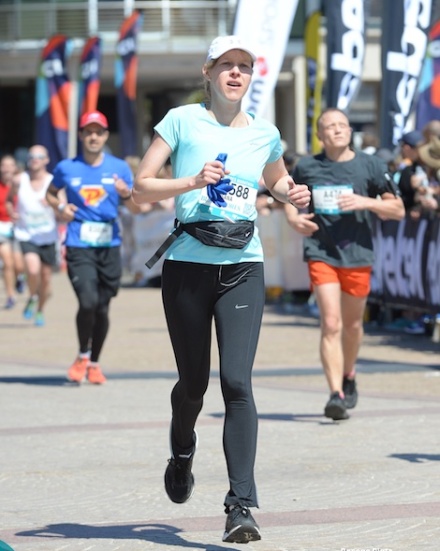 On a sunny Sunday morning, thousands of people crowded the space underneath the Sydney harbour bridge—the starting point of the Sydney marathon. Last time I had run this event I was right at the back of the pack, hoping to finish the race in under five hours. This time I was a bit more daring and started moving through the crowd, chin up, looking for the pacesetter with the 4:15m flag. I didn’t think I had trained as much as did for my first marathon three years ago but considering that I had finished that event in 4:04, my goal seemed realistic.

I found a spot near the pacemaker and started to remove the layers of warm clothing to throw away—I was wearing an old thermal shirt and a worn out jumper over my running shirt. The forecast was for a warm day but at 5AM when I left home it was only eight degrees. But in the crowd, body heat emissions kept me warm. In my position facing the start line, I took a deep breath to focus on the 42.2Km road ahead in the company of energised strangers and yet, solitude. It was going to be just me, my GPS tracker and my thoughts. There was nothing else. No Facebook, emails or SMSs from friends and family. I enjoy the silence, that’s why I don’t listen to music when I run, it’s a break from the chaos of modern life. It makes me feel much more in tune with my body. I pay attention to the sound of my feet hitting the pavement, my breathing, my surroundings.

The countdown began and my heart started to beat faster, I thought of my training and how I should have trained more and harder. I feared I wasn’t carrying enough food, maybe I had not drunk enough water, maybe my insomnia would make me hit the wall. Then I heard the gun and snapped back into reality. Enough, I was ready enough.

So, the race began, it’s always an amazing feeling, the realisation that you signed up to endure hours of discomfort, that months of preparation have come down to this moment. The vibe is energising, people of all walks of life, shapes and sizes trying to do their best. I passed interesting individuals dressed in superhero costumes, business suits, rhinoceros – I don’t know how they can endure 42km of running covered in so many layers, it’s amazing what one does for a cause.

The first two hours were easy, the third not too bad. At the next water station, I stopped to eat a banana and I saw when the 3:45 pacesetter passed me by. I could not believe I had been ahead of him—the GPS watch is never that reliable on race day—but would I be able to catch up? I kept going, my legs were starting to hurt, thankfully, lining the sidewalks, strangers were screaming, cheering the runners on. There was also live music at some points and people holding encouraging signs. I recall one that read, “If Trump can run, so can you.” All that was somehow re-energising.

At the 38Km mark my legs were burning, every step now was an escalating crescendo of pain. I had just finished the Barangaroo section and was running towards Circular Quay. The view of the harbour was a welcome distraction. I could now see the Opera House, there was hope, I was going to make it, I sped up a bit, my mind was telling me to do it. My body didn’t want to obey but somehow, it kept going. Almost there, I could see the finishing line, tears streamed down my face, I made it, I made it, in 3:48:49s.

2 thoughts on “The crescendo of pain and joy” 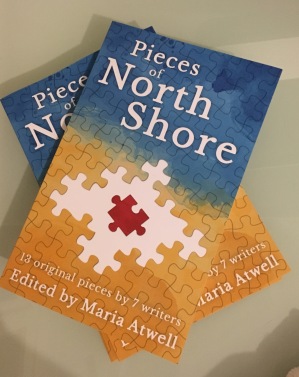